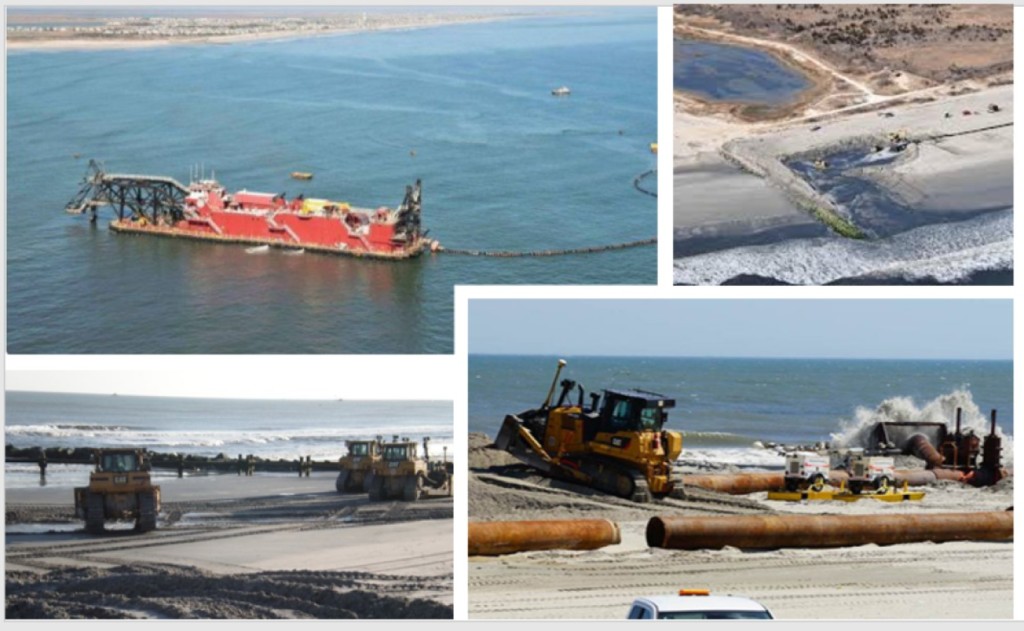 U.S. Department of Interior Secretary, Bernhardt reopens Hereford Inlet as a source of sand for the U.S. Corps to use for rebuilding (called renourishment) the beaches of Stone Harbor, Avalon and North Wildwood. The action by Secretary Bernhardt culminated three years of coordinated effort by the three communities to reverse a decision by U.S. Fish and Wildlife (FWS) that ignored good science, federal laws, and used a remote regulation that had not been applied for over 20 years. Congressman Van Drew and his staff provided invaluable resources in rallying congressional support against the FWS decision which affected over 30 coastal town and cities. Van Drew’s office scheduled the October 21st meeting with the Secretary.

The impact of the decision allows Stone Harbor to pump sand from a reservoir of 5 million cubic yards of sand at the mouth of Hereford’s Inlet to rebuild the beaches and dunes – vital protection of the Borough during storms.

The only source of sand for U.S. Corps use for Stone Harbor under the old FWS decision was Townsend’s Inlet. This cost twice as much $3-6 million more and the quantity of sand was insufficient to rebuild past 96th street. SHPOA Beach and Bay Chair, Wally Bishop, stated “the impact of this decision cannot be overstated for the residents of Stone Harbor. We now have a source of sand to regularly maintain our primary flood protection barriers on the coast for a cost effective price. SHPOA has been focusing on Island Sustainability and this is a critical leg of the program.” SHPOA President, Bob Charamella, offered “this is a moment to be celebrated for its importance to our Borough. We offer our congratulations to Stone Harbor and its partner Borough’s and thank Congressman Van Drew for his dedicated help.” Stone Harbor now must prepare for a beach rebuild project in the next 12-18 months after this winter’s storm season. Borough financing of the local match for the U.S. Corps effort has to be put in place.