Given the importance of this topic to our SHPOA members, we have requested and received special permission from the Cape May County Herald to reproduce the article in its entirety.

NOTE: Given its coverage of many issues important to Stone Harbor, please consider a digital subscription or contribution to the Cape May County Herald. 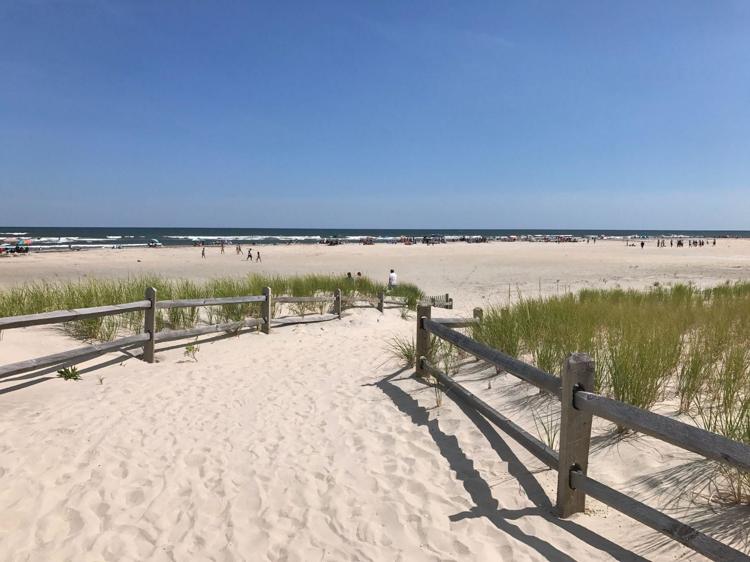 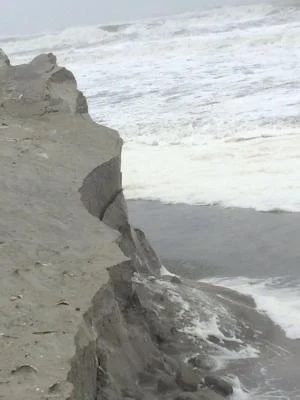 Stone Harbor’s newly appointed coastal consultant Douglas Gaffney informed Borough Council May 24 that the loss of dry sand beach area was extensive, exacerbating a problem that already plagued the borough. Gaffney said the beaches and dune system were in a state of disequilibrium in which the dunes no longer were associated with the length of dry sand beach that would be normal for their size.

This report came with the official start of the summer season only a week away. In previous reports to council, Gaffney has told the governing body that the borough has no natural reservoir of sand that can be manipulated to repair damaged beaches.

The back passing projects that keep Avalon’s frequently eroded north end beaches viable between federal replenishments are not an option in Stone Harbor due to the lack of sand.

Complicating matters and contributing to the disequilibrium along the shoreline is the fact that Stone Harbor was left out of the last federal replenishment project, in 2019, because of a U.S. Fish and Wildlife legal interpretation of the Coastal Barrier Resources Act (CBRA), which, according to that interpretation, forbids the use of federal dollars for mining sand in Herford Inlet and using the same for beach replenishment elsewhere in Stone Harbor. Having missed that replenishment left the borough’s beaches more vulnerable to the devastation of the weeklong winds in early May.

Much effort is going into the exploration of options, but few exist for the immediate summer 2022. Gaffney said trucking in sand from some off island resource was impractical.

Over several years, other factors have increased the vulnerability of the borough’s beaches and there are no obvious short-term avenues for response.

Until the present post-storm evaluation, the borough had not realized that its general permit from the state Department of Environmental Protection (DEP) had major problems. The permit is one that allows for certain basic maintenance of the beaches. Gaffney informed the council that there were two problems with the permit.

First, the permit is set to expire soon, and no effort has yet been initiated to update or replace it. An oceanfront community without a basic maintenance permit would be further hamstrung in efforts to respond to problems.

A requirement of the permit is that the municipality has a formally adopted public access plan. It appears that Stone Harbor does not, which could mean the DEP could deny any actions the borough would like to take under the maintenance permit on the grounds that it was no longer applicable for lack of meeting its requirement for the access plan.

There was a period during the May 24 council meeting when municipal officials were unable to confirm whether a draft access plan had ever been submitted to council for adoption.

“We have dusted off the plan but cannot find any proof that it was ever adopted,” said Borough Administrator Robert Smith.

There was not even certainty on when the draft plan was created.

Having presented the bad news on the status of the beaches and the problems with the borough’s permit, Gaffney discussed what he termed a four-prong approach to better the situation longer term.

First, he noted that the U.S. Fish and Wildlife was in the process of expanding the CBRA area, taking in space outside but adjacent to Hereford Inlet.

“It may be time to push back on the CBRA decision,” Gaffney said, suggesting a new round of political and perhaps legal struggle with the federal agency.

Second, Gaffney suggested continued discussions with the DEP concerning the possible harvesting of sand from the border area that demarcates the environmentally protected area of Stone Harbor Point from the south end beaches in Stone Harbor.

Third, Gaffney nudged the council to continue consideration of a feasibility study he had proposed at an earlier council meeting. The feasibility study, complete with a numeric model, would consider a range of actions that might better protect the municipality’s beaches from erosion, as well as supply the modelling data needed for permits should projects be advisable based on the study.

One example Gaffney has pointed to in past presentations is altering and repairing the jetties, which he noted have not been kept in good repair since the state constructed them years ago.

Lastly, Gaffney suggested that the borough might want to more actively support the increase in state funding for the Shore Protection Fund that underwrites state contributions to replenishments.

Again, at an earlier meeting, Gaffney had made the point that barring a change in the Fish and Wildlife position, the borough will either need new borrow areas outside of the CBRA designation or would have to use a combination of state and borough funds for mining sand in Hereford Inlet. A more robust Shore Protection Fund would be an asset in negotiations with DEP.

The challenges facing Stone Harbor this summer are daunting. Gaffney, a recognized expert in coastal management issues, has had no practical solutions to suggest to the most immediate problem of the southern beaches for the 2022 summer season. The problem, quite simply, is the lack of an available source of sand.

The discussion strongly suggested that beach management must become an ongoing task of borough officials. Gaffney has suggested that the feasibility study may be the place to begin.